Let me tell you about how I ended up with Candida. As anyone knows, stress is a big factor in a lot of health issues, also things that you eat contribute also. I remember when I was younger, my teenage years, I consumed a lot of sugar products, mainly chocolate, like candy bars. Also, I drank a lot of sodas. I didn't realize at that time how important it is to make sure you eat the right things; healthy things.

As I grew older, I continued on the same path of eating unhealthy, like fast food restaurants, no vegetables; Just carbs constantly.

In 1986, I met my future husband. As young people are at the age of 18, I didn't make the right decisions in my life, so as a result, I had a lot of stress. I was married at a young age, had a baby; so, I wasn't as stress- free as I should have been. 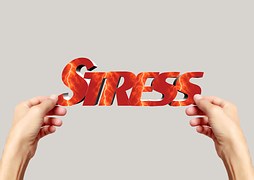 As years went by, stress related issues got worse and worse. In the years 2002-2005, things were so bad, that my health started going downhill fast. I started feeling really bad at the beginning of 2005. My stomach started hurting all the time, I felt some burning pain under my ribs across the stomach area. I did not know what the problem was.

That's when I started going to see doctors. I started hurting so bad that I went to the emergency room at 3 different hospitals, with no answers.

As it continued, I was slowly losing weight, couldn't eat hardly. The burning pain got worse and worse, traveling everywhere, through my legs, arms, face, tongue, throat. I actually went to see a doctor and told him my symptoms and said to him that I thought I had toxins going through me(which was actually happening at that time and I didn't know it), and this is what he said: "quote" "unquote"- If toxins were going through you, you would not be talking to me right now. In other words; he thought I was stupid, that I did not know what I was talking about.

So I ignored that and listened to what else he had to say which was: Since you don't have insurance we will give you medication for an ulcer since you have had ulcers in the past: how silly right? So, I was prescribed the medication, and to my surprise, it actually was helping. It was a very strong antibiotic.

Well, after I started feeling better, all of a sudden I got this strong craving for chocolate, and I happened to have chocolate on hand ( too bad it was easter time, huh). I indulged myself in chocolate, which was the wrong thing to do. I started feeling bad again, this time, worse. So I was called in another prescription of the antibiotic. But this time, it did not help, which was odd. Back to the drawing board. 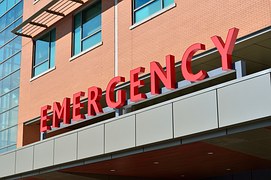 I continued to feel bad and started going to the health food store for answers. I did start taking things that did help somewhat. I still did not know what my health issue was, so I did not know what to take for sure. All this time I was still going to hospitals and having so many tests taken, blood work drawn, and no answers.

To get toward the end of my story here,(there is so much I went through that it will take pages to write) I ended up having my gallbladder taken out thinking that that was my major problem here, but, after that, It was 10 times worse. I ended up going to this general doctor and told him my symptoms( you just don't know how many times I had to repeat my symptoms to doctor after doctor and have them think I was crazy), All he could tell me was: I was having anxiety symptoms- then he prescribed me antidepressants. Oh My-that was the worse thing I could have done.

Oh, By the way, the causes of anxiety and panic attacks(which I had a lot of) are of course related to stress and candida.

Back to my story…  I switched from one antidepressant to another because each one was causing me suicidal thoughts. After the 6th or 7th antidepressant, I was told by the doctor that he did not know what to do so he will have to send me to a psychiatrist.

I went to this so called psychiatrist.  He prescribed me mirtazapine. That medicine put me out. made my muscles so weak that I couldn't get out of bed. It was the worst thing I could have took at the time because the suicidal thoughts going through my head was so strong, that I went on the internet to find the best and quickest way to kill myself. I stopped taking any drugs after that episode. 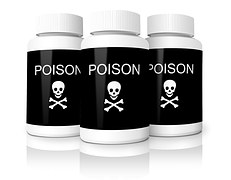 I happened to find a holistic doctor that specialized in candida. I was so desperate at that time to find out what was going on that I thought I would try anything to fix this problem. I was down to 97 pounds at that time.

I was fixing to go to Orlando Florida to see this famous doctor so he could help. I went to the holistic doctor 2 weeks before my trip to Orlando. I went back in a week after he took blood to do a test for candida and my hormones. I was told a week before the trip that I was diagnosed with candida, a high percentage of it.

He sent me home with a checklist of what not to eat and what I could eat. Also. some liquid to take to get rid of the candida. All the time I had this problem I had severe anxiety and brain fog- so when I left the doctor, I went straight to the health food store, bought some other product in pill form for candida, as soon as I took it I felt some of the brain fog go away. 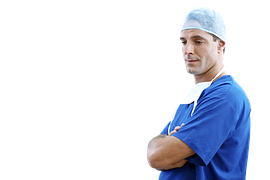 I went on my trip to Florida and seen the doctor to do a brain test. This test would check for brain chemical imbalances. I was so bad at that time, that the doctor actually paid for me to go to New York where his office was to get more tests done. I went there a couple of days after my Florida trip.

I had so many tests done. My bone density was so bad that I was on the verge of osteoporosis. My memory was so bad that when I was told a story(very short story) and was asked to answer questions about the characters, I could not remember hardly anything. I was told that 2 of my brain chemicals were very low. At the time I went on this trip, I could hardly sleep at all, maybe 3 hours at a time. Well, needless to say, I started on natural supplements for my health issues.

When I got back to my home state, I started researching on my own. Looking at websites about this candida. Trying to find a better product to use, because the ones I had wasn't working quick enough. I found a website in particular. I have forgotten the name of it, but the couple who made the site had candida like me, but had it for 12 years before they found what it was. 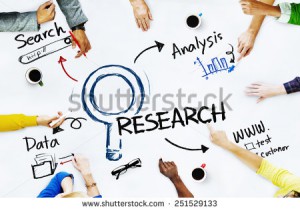 As I was looking on this couple's website, I found a product that they tried, they said the symptoms of their candida was disappearing one by one as they took this product. So I decided to order it. When I received it, the very first pill I took really made a difference for me. It is a probiotic. I will mention the names of the products I use on my review page.

As I continued on this probiotic, I started feeling a little better as time went on..slow going tho. A friend of mine who is an e.f.t practitioner  found another product that he thought I could benefit from. It is called Food grade hydrogen peroxide. I started taking it and wow… My candida started going away quicker.. So, I was taking both the probiotic and the food grade hydrogen peroxide.

After awhile on those, my friend and I decided to do some cleanses, and he found a candida cleanse probiotic that we both started doing, and this particular probiotic, which targets candida, worked so quickly, that I have continued to stay on it all this time. Between the 2 probiotics and the food grade hydrogen peroxide, I am about over this candida. And let me tell you… candida is hard to get rid of! It makes you crave carbs and sugar, and if you give in to these 2 things, it backfires on you! 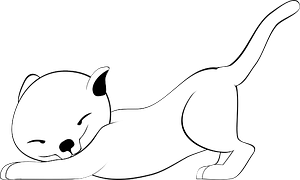 I am feeling soo much better these days! and I do owe a lot to my friend that has helped me out a lot through this.

All those years that I suffered from this problem, could have been prevented if candida was more known by doctors.

Any of you that are suffering from this health issue,  please feel free to ask me any questions about it. I did not let it destroy me, it almost did, but I never gave up! I can tell you just about anything you need to know about it. There are a lot of candida symptoms, but you can overcome these!