Do you know that some bacteria are human-friendly? Do you’ve an idea that the weakened immune system can drift you to the variety of the diseases? Well, the modern researchers are emphasizing to maintain your overall health nowadays. Can you guess the reason? The human-friendly-bacteria usually reside in the gut, maintaining the gut’s health, whereas, the powerful immune system provides the instant and strong action against any foreign body. If the equilibrium between any of these is disturbed, it can lead to the extraordinary effects on your other parts of the body, including bones. 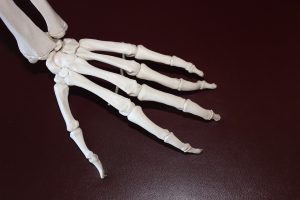 As more and more researches are released with each day, the unusual and strange relationship between the organisms and the diseases are coming on the screen. No one would ever think about the association of the jaundice and the delayed milestone previously, but now, it has been the proven fact. Similarly, the efficient evidences showed the strong relationship between the Candida and arthritis. Surprising, isn’t it?

Let’s have a brief look at the two diseases separately and then, we’ll reveal the major reasons behind their association.

So, why we called the arthritis destructor? Arthritis is a disease of the joints. Including inflammation and pain, you can experience the stiffness while doing any movement. Also, the chances of the fall can also be increased due to the weakened joints.

Over 100 types of the arthritis have been explored and almost every age group is fighting with different forms of the arthritis across the globe. Rheumatoid arthritis can occur at the age of 25, but, on the other end, the osteoarthritis is most commonly seen in older age, specifically, at the age of 40-60. However, some metabolic and infectious diseases can also cause the wear and tear of the joints, becoming detrimental for the joint to function appropriately.

Living with arthritis is very, very difficult, only, if you’re not taking care of yourself. Since, this disease progresses on a rapid rate, depending on which type of arthritis you are suffering from, you should consider for getting enrolled in any exercise program as well as taking the products I suggest regularly. Diet also plays a vital role in keeping the joint health intact. Hence, arthritis is not an excuse for any work or anyone; in fact, you can live a better life even if you’re diagnosed with the arthritis.

Candida Albicans is found in the vagina, intestinal tract, skin, mucous membrane and mouth as the normal flora, acting like a barrier against the harmful pathogens. But, when the immune system is functioning poorly, it can cause the serious infection. In fact, the Candida infection can be transferred to other parts of the body, including, bloodstream, heart and joints.

However, Candida can be triggered by the birth controlling pills, cancer treatment, oral corticosteroids, diabetes, and stress and of course, poor diet. 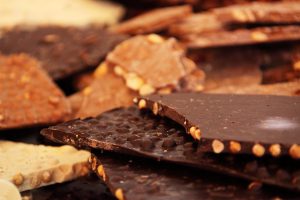 If you’re experiencing the Digestive problems, Urinary Tract Infection, joint pain, white coating on the tongue, hormone imbalance, bad breath, exhaustion and excessive craving for sweet, go and get checked for the Candida, because all of these signs could be the potential indication of the attack of the Candida.

More often, the Candida is misdiagnosed with the variety of the diseases. So, it’s better to have a complete screening. Just remember, sooner the disease is caught, earlier you get treated with less complications.

What is the connection between the candida and arthritis?

Over the past couple of years, the several evidences have been found. Here is the brief summary of what researchers have explored. Nevertheless, all the below listed evidences somehow support the contribution of the candida to the arthritis.

Thus, it is possible that people combating with the arthritis are actually suffering from the candidiasis. Due to the immense release of the mycotoxins in the bloodstreams, these mycotoxins may invade into the joint spaces. As a result, the joints become swelled and ache.

Measures that you should do to improve the arthritis signs

Yes, arthritis can be improved by adding the small, yet, effective measures in your life. Inflammation is the most prominent issue of the people living with arthritis. And, luckily, we all are blessed with many beneficial foods that can be added in our diet.

It doesn’t mean that all the food can help to taper down the inflammation; in fact, some foods can worsen the condition as well.

Including fish oil, the flaxseeds and walnuts are enriched with the anti-inflammatory properties. Because all these contain the omega-3 fatty acids, the addition of these foods would be a wise decision for your health.

Additionally, try to opt on the vegetables, fruits and lean mass protein, instead of the red meat and other fancy foods. Being high in the fiber content, these foods somehow reduce the extra consumption of the unhealthy food, thus, keeping you fit.

Spices are also packed with the anti-inflammatory properties. Ginger and turmeric are the two spices that should be used while making any of your favorite food.

Follow the prescribed exercise plan religiously. For the people combating with the arthritis, it’s very much important to keep the exercise in a daily routine. Not only, the bone intensity is increased with the help of the regular exercise, in fact, it can kick away the depression, make you more flexible and regulate the metabolism too. So, if you haven’t got your exercise plan till now, just go and ask your doctor to suggest the most

As the Candida is the major hidden reason of the arthritis, it’s very much important to manage it as well. Along with the medicines, the diet plays a significant role in minimizing the intensity of the Candida’s overgrowth. From now onward, just throw out the sugar, Trans fat, alcohol, processed carbohydrate product (white bread and white pasta) from your life. By avoiding these foods, you’re somehow reducing the signs and symptoms of the arthritis indirectly. Just remember, if the fungal Candida is subsided, the arthritic symptoms will automatically be diminished.

The bottom line is that the candida Albicans has a significant role in destroying the joint’s integrity and bone health. Even, the Candida overgrowth often goes unnoticed and usually diagnosed when it becomes too late. Perhaps, if you love yourself and want to live healthy throughout your life, you should not wait for any symptom. It’s far much better to take control of your diet earlier, have a visit to the  holistic doctor at least once in a month and exercise regularly to beat the disease sooner. Paying attention to your health is important for you!