What is Fibromyalgia and Candida?

Fibromyalgia is a medical condition that is characterized by pain in the muscle tissues. A patient who is reported having a constant pain in the muscles would probably be diagnosed with Fibromyalgia. This diagnosis is not based on a test. This is because the condition doesn’t have a designed conventional test to ascertain if a patient is indeed suffering from Fibromyalgia. The diagnosis process involves a series of elimination of other disorders before finally making a conclusion that it is indeed

The pain is usually in the fibrous tissues such as in muscles, ligaments and tendons. Many diagnosed patients would refer to as having pain all over their body. This is so because our bodies are a system of interconnected muscle tissues. Pain arises when pressure is applied to certain tendon points such as back, shoulders, legs, arms, neck and hips.

Fibrous tissue pain is the main symptom of Fibromyalgia. However, there are other signs which have been reported by patients who have been identified to be suffering from this medical condition. These signs include:

These are some of the signs that give an indication that one may be suffering from Fibromyalgia.

Candida, on the other hand refers to the scientific name for Yeast. This is a type of parasitic fungi that thrives in our gastrointestinal tract. The presence of both “good” and “bad” candida in our tract is essential for any human being. The important aspect is the establishing a balance between the two flora. In scenarios where there is intake of either antibiotics or excessive amount of sugar, an imbalance of candida is prone to take prevalence in our systems. The excessive take of sugar, whether in its simple form or refined sugar, may lead to Candida overgrowth. This overgrowth of the yeast in our intestinal tract is what causes multiple problems.

There are other causes of candida overgrowth besides the excessive intake of sugar. These include prolonged intake of antibiotics, immune- 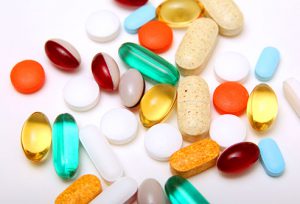 suppressants and take of birth control pills such as oral contraceptives. The consumption of antibiotics for a long period of time kills the good flora in our gut thus allowing the increase in population of bad flora. Likewise, the take of oral contraceptives alters the pH of vaginal fluids hence killing essential flora. The common signs of candida overgrowth are cystitis, thrush and fungal infections.

What is the connection?

The paragraphs preceding this clearly outline the specifics to each condition. When one analyses the specific signs, he or she is able to have a rough picture concerning the connection between the Fibromyalgia and candida.

An overgrowth of candida brings about high secretion of both organic acids and toxins in our gastro-intestines. There will be an increased metabolism of the candida in our system .This is facilitated by the presence of favorable conditions such as excessive sugar. Existence of sugar is what contributes to the increased candida population.

Candida is estimated to release at least 79 types of toxins. When these toxins find their way into the blood stream through our gut, it causes inflammation of the muscles and eventually pain. When one experience a 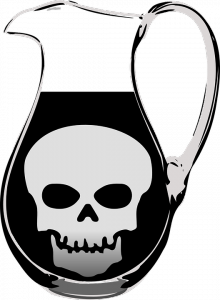 leaky gut, the chances of the toxins excreted by candida finally finding its way to the blood stream is high. The toxins pass through the damaged villi and mix with the blood and into the muscle tissues.

There are other signs that may arise due to the accumulation of toxins produced by candida Albicans in our bodies. These are mental and physical fatigue, poor memory, tingling sensation and numbness in body parts and loss in concentration. They are related to Fibromyalgia.

In addition to that, the secretion of organic acids such as Tartaric also leads to muscle pain and inflammations. Consequently, we can see the similarities in symptoms from both candida overgrowth and Fibromyalgia. A test conducted on urine samples obtained from patients suspected to have Fibromyalgia indicated an increase in tartaric acid levels.

Other common physical symptoms include:

Furthermore, there are other related psychological signs which have been observed in both candida patients and Fibromyalgia. Patients suffering from candida infestation experience anxiety, depression, and at times, panic attacks.

On the other hand, an overgrowth of Candida Albicans in our intestines is as a result of a weakened immune system. Medical Practitioners can now actually make a general observation that Candida Albicans is among the causal condition in Fibromyalgia.

Patients who suffer from an overgrowth are advised to adopt a prudently controlled diet of candida/yeast free, no sugar, refined grains, fermented food and stimulating drinks. This is actually the best control mechanism of the candida population. Therefore, there will be reduction in toxins and organic acids levels. As a result of the decrease of these levels, a reduction in muscle pain and inflammation will be recorded among the patients.

Additionally, the adoption of such a meal would assist the livers detoxification process and capability to neutralize the effects of organic acids causing inflammation.

Lastly, it would be prudent for patients aiming at reducing or complete elimination of Fibromyalgia symptoms to base their emphasis on the kind of food they ingest.